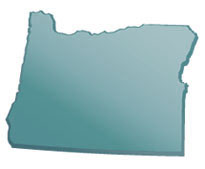 If you are interested in a career in marketing within Oregon choose
from the resources below.

Oregon businesses rely heavily on area marketing firms, which, through promotion, advertising and public relations help support local industry in a number of different ways. Whether working for the Oregon Tourism Commission to attract visitors to the state’s 300 wineries and 15 wine growing regions, or working in the private sector to lead successful business-to-business marketing campaigns that support commerce among the state’s interconnected industries, market research analysts, media buyers and planners, and marketing strategists play a significant role in supporting the regional economy of the northwest.

Oregon is home to the corporate headquarters of two Fortune 500 companies, one of which has consistently set records with its huge advertising budget. Nike, with its headquarters in Beaverton, is world-renowned for creating some of the most inspiring, and talked about advertising content ever produced.

At nearly $2.5 billion annually, having one of the largest advertising budgets of any consumer-product manufacturer in the world has helped the company establish one of the world’s most recognized brands. Nike’s elite marketing teams have set new standards in establishing worldwide brand recognition by brilliantly making the Nike swoosh virtually inseparable from the star athletes that wear the shoes and athletic gear emblazoned with the iconic logo.

State-wide, Oregon’s natural beauty and the state’s rich natural resources help fuel some of the state’s strongest industries: tourism, agriculture, forestry and fisheries. While Oregon’s economy is still largely resource based, everything from software publishing companies to heavy equipment manufacturers have helped the state transition to a more mixed-industry based economy. New business and an evolving economy are always good for the marketing industry, as marketing firms are needed to polish public image and reach the right consumers with the right message. This is particularly true for new and evolving companies working to establish name recognition.

An economy in transition and businesses with huge advertising budgets help keep Oregon’s marketing and promotions firms busy. Oregon’s top firm in terms of recent growth is G5, according to the 2011 Inc. 5000 list of top corporations in the US. This industry leader generated $11.1 million in revenue in 2011, a 728% increase over its earnings in 2007. This type of exponential growth, even during the global economic slowdown of recent years speaks to the indomitable might of the marketing industry. Since all businesses rely on marketing, advertising and promotions to survive, the success of the marketing industry offers hope for strong economic growth in Oregon.

Other top marketing firms in Oregon and the revenue they generated in 2011:

Oregon has a variety of professional associations in place to help the marketing community continue to grow and advance. The American Marketing Association has chapters in Portland and Eugene, which allow members to connect with colleagues and learn about developments in the field. Emerald Marketing Association provides similar benefits in Eugene.

More associations are available to support the state’s various industries, such as Oregon Destination Marketing Organization for tourism, and the Oregon Petroleum Association for the fuel sector.

Marketing professionals are very well compensated in the state of Oregon. Marketing managers in the state bring in an average of $101,000 per year, while market research analysts and specialists earn an average annual salary of nearly $73,000, according to the United States Department of Labor’s Bureau of Labor Statistics. As of the Bureau’s 2011 survey, 3,020 marketing managers and 2,680 market research analysts and specialists were employed in the state.

In 2011, there were a total of 430 advertising and promotions managers working in Oregon, the majority of which were employed in Portland and Hillsboro. The average salary among them was $86,470, while managers in the 90th percentile averaged $125,300. Portland and Hillsboro were some of the higher paying areas throughout the state where they earned $92,800 on average.

In 2011, there were a total of 2,680 market research analysts and marketing specialists working in Oregon, many of which were employed in the Portland area. The average salary among them was $72,860. Analyst and specialists in the 90th percentile averaged $116,290, which was 37% more than the overall statewide average.

In 2011, there were a total of 3,020 marketing managers working in Oregon, many of which were employed in the Hillsboro and Portland areas. The average salary among them was $101,000. Managers in the 90th percentile averaged $163,730, which was $62,730 above the statewide average.

There are a variety of degrees available to residents in Oregon that would put them on a path to a career in marketing. These programs often familiarize students with the basics of marketing, advertising, sales and business management to open up opportunities for graduates within the field. Portland in particular is home to well-known institutions offering bachelor’s and master’s degrees in marketing, or in business with a focus on marketing. Along with the programs at the public and private universities, some of state’s community colleges also offer associate’s degrees and certificates in marketing.

Students interested in entering the field of marketing may also choose to attend online schools, many of which offer degree programs focusing on marketing and including areas of study such as advertising, brand management and market research.

Among the great public and private colleges in Oregon are many online and campus-based schools offering marketing programs. Here is a list of a few that might meet your educational criteria in Oregon: