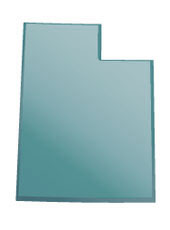 If you are interested in a career in marketing within Utah choose
from the resources below.

Marketing businesses in Utah are rapidly adding jobs as this sector enjoys strong growth.  Managerial positions in marketing will proliferate in the coming years.  Although marketing manager positions number 1,270 in 2008, the Utah Department of Workforce Services predicts this will grow by 24% by 2018 to 1,570.  Advertising and promotions managers numbered 260 in 2008.  By 2018, twenty more of these positions could be added.

Marketing businesses will be adding non-managerial positions at an even faster pace.  The U.S. Bureau of Labor Statistics reported Utah businesses employed 1,400 market research analysts in 2008.  By 2018 almost 1,930 market research analysts will be working in Utah.  This reflects a 38% increase in this position. Public relations specialists numbered 2,920 in 2008, and are expected to burgeon to 3,870 by 2018.  This is one of the fastest growing professions in the Utah marketing sector with 3.3% annual growth.

Although historically Utah has not been a competitive economy, in recent years Utah has refashioned itself into a high tech center for business. Utah generated more new companies (40) and capital investment ($2 billion) per capita, than any other state. This helped Utah maintain a 3.5% economic growth rate, even during the recession. In 2010, Forbes ranked Utah number one in Best States for Business. Leading names in the high tech industry, including eBay, Acrobat, Twitter and Oracle, are building new facilities in Utah.  These new “knowledge businesses” will fuel marketing endeavors in coming years.

The Utah economy withstood the recession well and has begun to add jobs rapidly in the following years. The healthy employment conditions in Utah indicate that businesses will increasingly utilize marketing professionals to tap a growing consumer population. According to the Governor’s Office of Planning and Budget, Utah possesses the 11th lowest unemployment rate at 6% in May 2012 and has ranked 3rd in adding jobs, with a 2.3% increase in employment versus the 0.9% national increase.

Tourism is a major industry with almost $6.5 billion spent by visitors in 2010.  The tourism industry employs 122,839 Utah residents and generated $842 million in taxes.  Almost 6.3 million visits were made to Utah’s five national parks.

Salt Lake City is the 127th largest city in the country, but is ranked 42nd in gross metropolitan product with $66.45 billion in 2010, according to the U.S. Bureau of Economic Analysis. Salt Lake City is headquarters for one Fortune 500 company, Huntsman Corporation, and two Fortune 1000 companies, Zions Bancorporation and Questar Corporation.  As home to major industrial banks, UBS, BMW, CIT, Merrill Lynch, and Target, Salt Lake City benefits from an enormously active financial sector.

The presence of some of the nation’s fastest growing firms illustrates how rapidly Utah’s marketing sector is developing.

In 2011, a total of 130 advertising and promotions were working in Utah, the majority of which were employed in Salt Lake City. The average salary among them was $88,280, which was about $42.44 per hour. Managers in the 90th percentile averaged $167,470, which was roughly 47% more than the overall statewide average.

In 2011, a total of 2,530 market research analysts and marketing specialists were working in Utah, the majority of which were employed in the Salt Lake City area. The average salary among them was $54,500, which was an average of $26.20 per hour. Analyst and specialists in the top ten percent averaged $84,650, which was roughly 35% more than the overall average throughout the state.

Utah has 16 four-year universities along with six community colleges.  Most of these schools provide an Associate’s degree or higher in a marketing related field.

Marketing managers require a Bachelor’s degree or higher and some work experience.

Among the great public and private colleges in Utah are many online and campus-based schools offering marketing programs. Here is a list of a few that might meet your educational criteria in Utah: