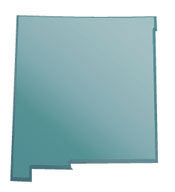 If you are interested in a career in marketing within New Mexico choose
from the resources below.

Marketing professionals comprise only a small part of the New Mexico workforce, but the expansion of key industries like energy and health care, should produce many jobs in coming years.  Marketing manager jobs are expected to grow 6.1% by 2018, from 330 positions in 2008 to 350 positions by 2018.  Public relations manager jobs should grow by 9.5%, from 210 in 2008 to 230 by 2018.

The number of marketing careers in non-managerial positions should experience growth far exceeding those in executive positions.  Market research analysts and marketing specialists numbered 310 in 2008 and are expected to multiply by 19.4% to reach 370 by 2018.  The number of public relations specialists number 870 in 2008 and should reach 1,020 by 2018, a 17.2% increase.

One of the industries vital to New Mexico’s economic future is the energy industry.  As the second largest producer of natural gas and the sixth largest producer of oil among U.S. states, New Mexico’s oil and natural gas companies generate an enormous number of marketing opportunities.  The oil and natural gas industry supported 88,800 jobs in New Mexico during 2010, and added $8.3 billion to the gross state product, or 12.2%.  As the price of oil increases and the use of natural gas as an alternative fuel gains in popularity, the energy industry of New Mexico should experience strong growth and fuel many new employment and business opportunities for marketing professionals.

Albuquerque generated in $38.1 billion in gross metropolitan product in 2011 and ranked 60th in largest U.S. metropolitan economies.  According to Forbes.com, Albuquerque is expected to support the 7th fastest growing metropolitan workforce, with a projected job growth rate of 3.0%.  Albuquerque is a national center for research and development.  Home to Sandia National Laboratories, a federal research facility, Albuquerque has developed into a center for private high tech companies and government research organizations.  Forbes magazine ranked Albuquerque first in 2006 for Best Cities for Business and Careers, and 13th best in 2008 for the same category.

According to Hoovers, the five largest marketing firms in New Mexico are

During 2011, there were 70 advertising and promotions managers employed throughout New Mexico, the majority of which were employed in Albuquerque. Their average salary statewide was $81,130, which was $39.00 per hour on average. Managers in the top ten percent earned almost 36% more at an average of $126,180.

During 2011, there were 740 market research analysts and marketing specialists employed throughout New Mexico, the majority of which were employed in the Albuquerque area. Their average salary was $53,570. Those in the top ten percent earned about 37% more at an average of $84,970.

During 2011, there were 260 marketing managers employed throughout New Mexico, the majority of which worked in Albuquerque. Their average salary was $87,080. Those in the top ten percent earned roughly 39% more at $143,660 on average.

New Mexico is home to 47 colleges. Twenty-two colleges offer only Associate’s degrees, while six offer only up to a Bachelor’s degree. Ten universities offer up to a Master’s degree, and three can award a Doctorate.

Among the great public and private colleges in New Mexico are many online and campus-based schools offering marketing programs. Here is a list of a few that might meet your educational criteria in New Mexico: