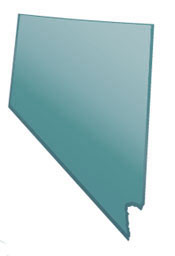 If you are interested in a career in marketing within Nevada choose
from the resources below.

Nevada presents many employment opportunities for marketing professionals.  Some of the positions for managerial jobs report the possibility of strong growth in coming years.  The 1,775 marketing managers that were employed by Nevada companies in 2008 are expected to add 225 more workers to their numbers by 2018.  This represents a 12.7% increase in this profession, and should produce 23 new positions each year with 33 positions becoming available each year through workforce attrition.  Public relations managers totaled 315 in 2008, and should reach 345 by 2018, a 9.5% increase.

Rank and file marketing professionals should also find a greater number of job opportunities in coming years.  The 930 market research analysts and marketing specialists employed in 2008 should balloon to 1,080 by 2018, a 16.1% increase in the workforce.  Public relations specialists numbered 1,060 in 2008 and should reach 1,170 by 2018, a 10% increase.

The largest industry in Nevada and the most important for marketing professionals is, of course, gambling.  Six of the top ten biggest employers in Nevada are resorts and casinos, and the gaming industry generated $10.7 billion in 2011.  This number is down sharply from before the recession, when it peaked at 1$2.9 billion in 2007 and represents a challenge for Nevada’s economy.  The downturn is due largely to reduced disposable income in most American households and the emergence of a new gaming industry–online gambling.

The increased competition that Nevada’s gaming industry will face in coming years presents many opportunities for Nevada marketing companies.  The need to attract visitors to Nevada’s gaming establishments will generate many marketing ventures throughout the United States and the world.  Although Internet gambling remains illegal in the U.S., gambling businesses that are officially established offshore entice many Americans to play on their websites. The Nevada and U.S. gaming industry is pressing Congress to reverse its position on online gambling, which, if successful, would generate enormous marketing possibilities in the future.

Las Vegas is the main economic engine of Nevada with a gross metropolitan product of $91.4 billion in 2010, making it the 33rd largest metropolitan economy in the country. The GMP for Las Vegas grew 1.65% from the fourth quarter of 2011 to the first quarter of 2012, making Las Vegas first among major U.S. cities. All four of Nevada’s Fortune 500 companies are involved in the gambling and tourism trade, and are located in Las Vegas: Las Vegas Sands, Caesars Entertainment, MGM Resorts International, Wynn Resorts.

In 2011, a total of 320 advertising and promotions managers were employed throughout Nevada, most of which were located in Las Vegas and Paradise. The average salary among them was $91,980, which was an average of $44.22 per hour. Managers in the 90th percentile averaged about 44% more than the state’s baseline average at $165,150.

In 2011, a total of 1,770 market research analysts and marketing specialists were employed throughout Nevada, most of which were employed in the Las Vegas and Paradise areas. The average salary among them statewide was $60,110. Analyst and specialists in the top ten percent averaged almost 41% more than the state’s baseline average at $101,610.

In 2011, a total of 1,350 marketing managers were employed in Nevada, most of which were employed in Paradise and Las Vegas. The average salary among them statewide was $118,820. Managers in the top ten percent averaged more than $187,199.

Nevada has 37 colleges and universities, of which six offer only Associate’s degrees.  Seven colleges can only award Bachelor’s degrees, and five offer up to a Master’s degree. Three universities can award a Doctorate.

Among the great public and private colleges in Nevada are many online and campus-based schools offering marketing programs. Here is a list of a few that might meet your educational criteria in Nevada: